Beijing to Urumqi and Security steps up 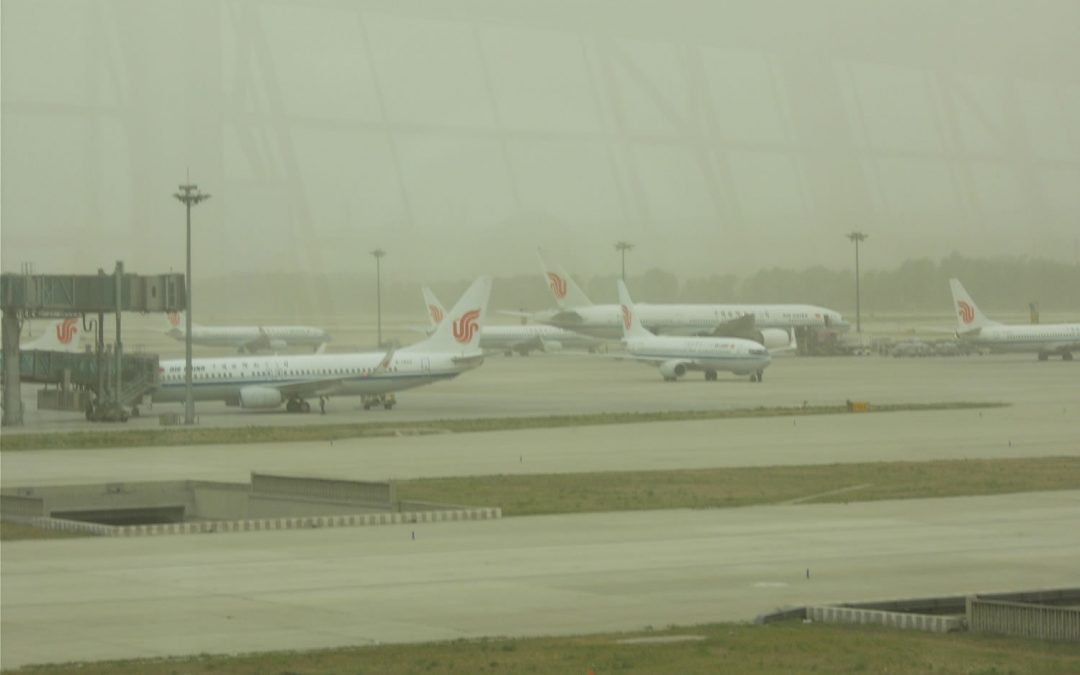 After a mad taxi ride through Beijing traffic, smog and really strong winds I arrived at the airport with plenty of time to spare.  The flight ended up being delayed about 4 hours due to the wind. the flight to Urumqi was 4 hours and we finally arrived.
The final 20 minutes of the flight was over a vast industrial landscape with smoke stacks and huge power lines, silos and domes..
Urumqi is just as polluted as Beijing with a sulphurous yellow haze in the distance.
I met the tour group of 7 at the Tumaris hotel, a uighur run hotel with a very Turkic feel. Security is ever present everywhere you go in Urumqi.  There’s at least one Police building every 100 meters.  When we entered the hotel we had to pass through a metal detector then get patted down.  This happens every time we enter.  Then we headed off to a restaurant… guess what?  Metal detector and pat down!  Super market?? Yep metal detector, pat down, scan with a hand held metal detector just for good measure.
Driving into the hotel carpark, our boot was checked.  We had to show passports to get into the national park.. actually you need to show your passport for everything here.
On the road, there are numerous checkpoints with armed guards.  I suppose that means it’s extra safe here… 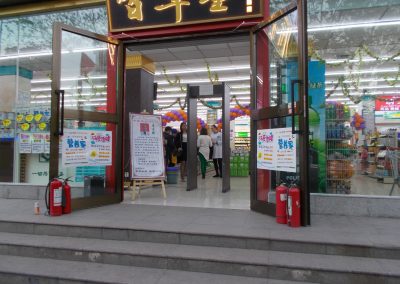 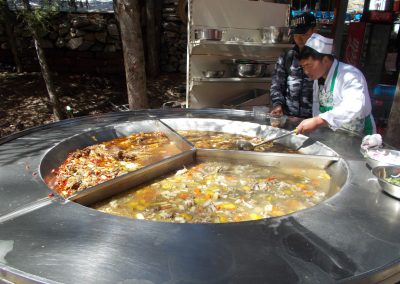 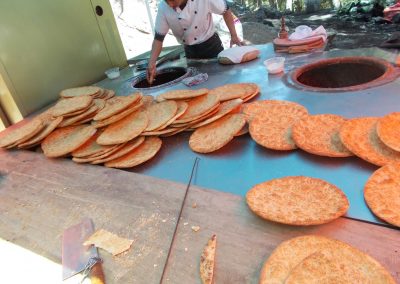 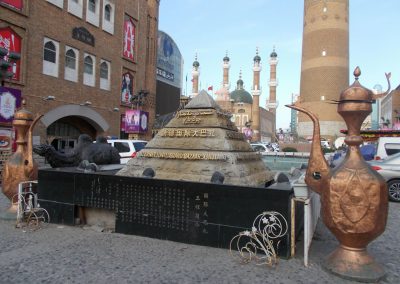 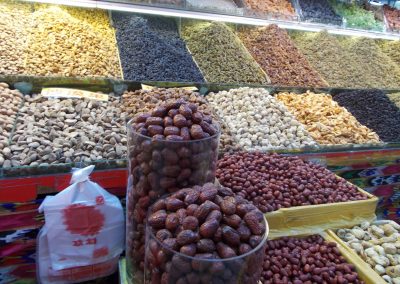 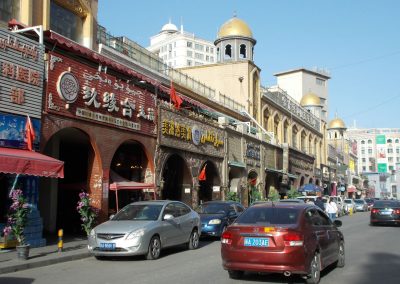 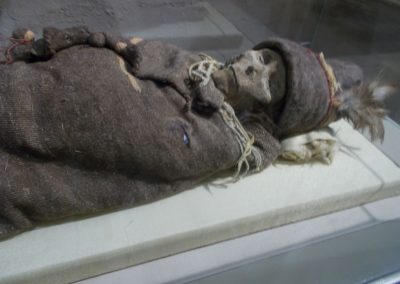 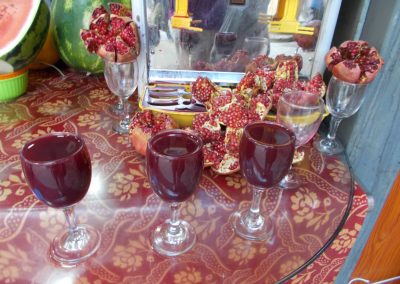 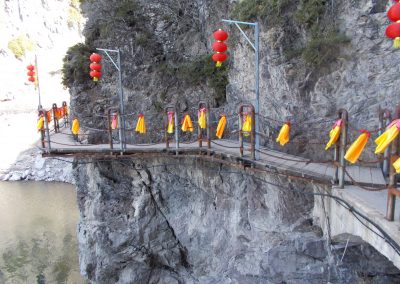 4_looking back at the walkway around Heavenly Lake 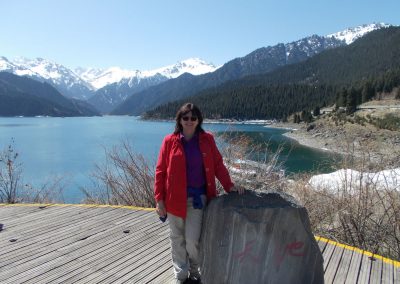 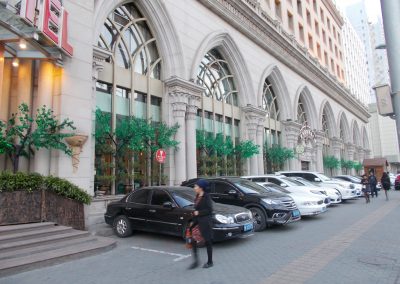 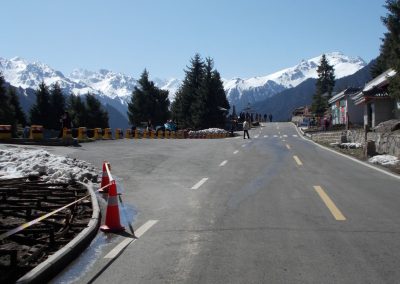 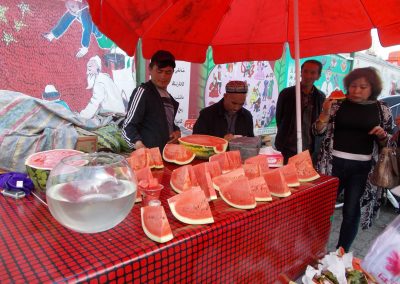 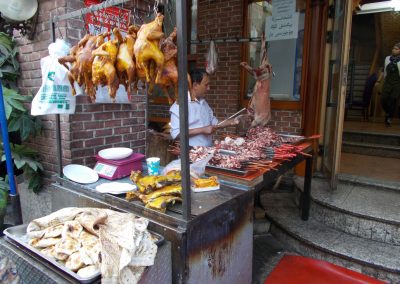