Kuqa and the 1000 Buddha Caves 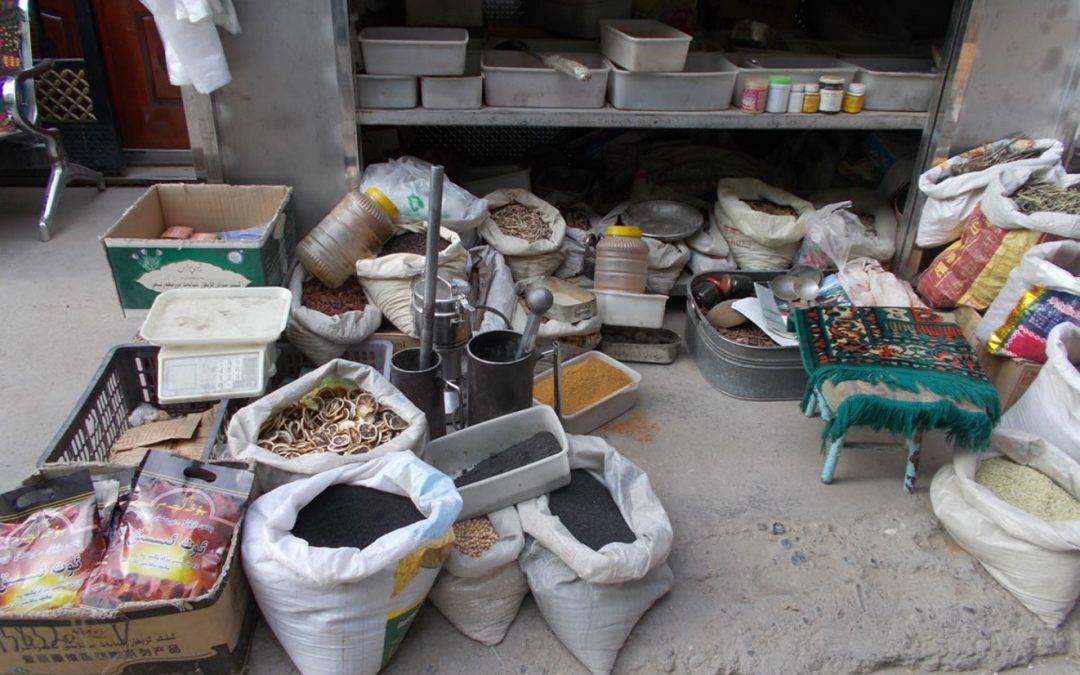 We drove out of Kuqa to visit the thousand buddha caves. Most of the frescoes were removed by the Germans in the 1920’s but enough remains for it to be quite incredible. No cameras were allowed, and who am I to argue with an armed guard?

On the way to the caves we encountered a checkpoint with over 30 coal trucks waiting in line in front of us. After half an hour our driver decided to try and bypass the line up. The guards let us through on the proviso that we returned from the caves within 2 hours. They took our driver’s license hostage – we just made it back in time. I have no idea what would have happened to his license if we were late back, but the driver seemed very anxious about the deadline. He actually broke the 40 kph speed limit and we were cruisin’ at 80. After we got the license back, it was back down to 40..

We gave our guide the night off and ate at an opulent Muslim restaurant in the evening – we ordered by pointing and gesticulating – the staff thought it was hilarious and took some photos.

We then wandered through the Kuqa markets buying snacks for the long drive tomorrow. We revisited some shops where we made friends with the owners, including a supermarket which sole EVERYTHING – 8 year old their son practiced his English and danced for us when we first arrived. Tomorrow is the long drive to Aksu, then the next day on to the legendary Kashgar.

Today is the day to start my altitude sickness medication in preparation for Kashkurgen in 3 days time.