On the road from Korla to Kuqa 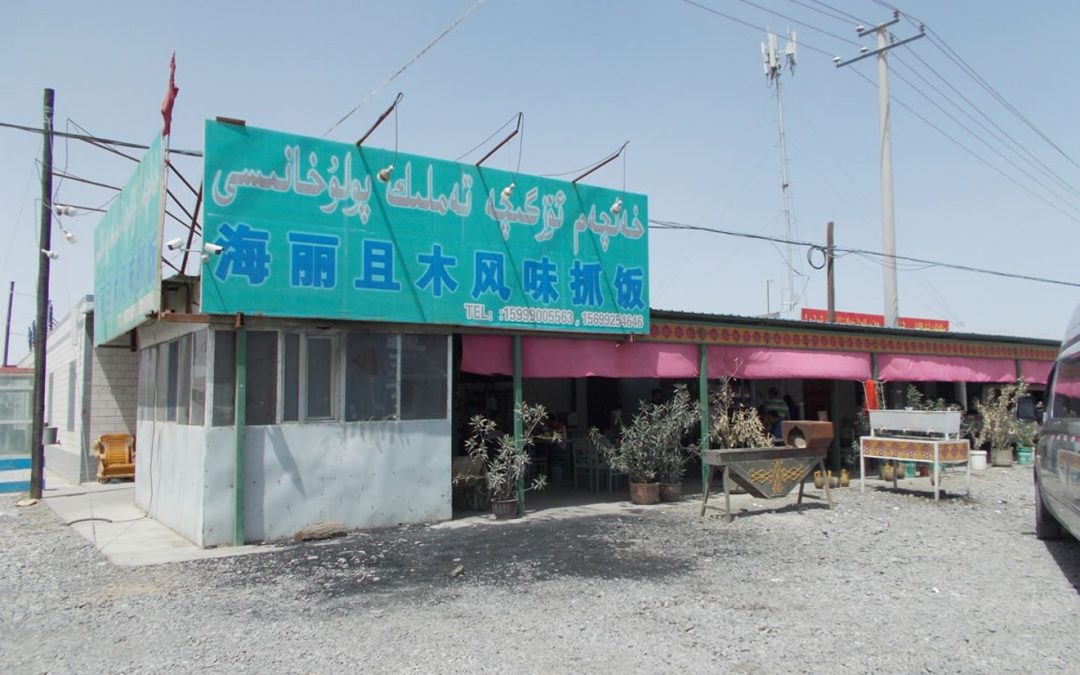 It was a long drive which should have taken 3-4 hours but instead we took 9 hours travelling through the Taklamakan Desert.

Delays occured firstly because of the constant roadside Police checks. Sometimes they waved us through, sometimes they opened up the door to look at us and ask the guide questions. At other times we had to hand over our passports which were photographed and details sent by mobile phone – we then had to wait until approval was sent for us to continue with out journey. Most checkpoints featured a machine gun or two.

Another time waster was the insane speed limits. The speed limit signs said – cars 80, tour buses 40 — yep 40km/hour! Our driver had a speed camera detector and it never stopped beeping, so in the middle of nowhere, with no traffic, we were trundling along at 40kph.

Also, our driver was told about a ‘short cut’ – omfg what a nightmare that was – apart from the very funny police checkpoint where we waited so long we got to know both the army and police guards. We ended up all taking selfies, with the guards being extra careful not to have the machine guns featured in any photo. They whipped out their phones and took selfies with us… very fun. No English was spoken 😀

Anyway, this ‘short cut’ took us along the most badly maintained road EVER and we of course got a flat tyre as well as having to go even slower than 40..

We stopped for lunch at a truck stop /miners depot kind of town. The lunch place was an open air shelter with tables to seat about 60 people. The kitchen was at one end and I decided not to look (sometimes it’s better that way). The owner’s toddler was playing on one of a platform people sit on for tea etc. which I have seen at many traditional houses. We were served a hot meal within 1 minute. The menu was limited to rice – with or without meat. The meat appeared to be braised goat or lamb and it was simple well cooked food. Men in hi vis gear parked their trucks and came in and out for their meals. All curiously looking our way 🙂 Every meal here is served with hot tea or hot water – I haven’t found coffee anywhere and cold drinks are generally not available – beer is served at room temperature and water is usually hot or room temperature.

Finally we arrived in Kucha which is a modern city of about half a million residents. The main industry is coal, petroleum and gas. We drove past endless gas wells and mines and electricity power lines across the desert.

In Kucha many people were attracted to this strange group of foreigners and we had funny conversations in English and of course there were many selfies taken.