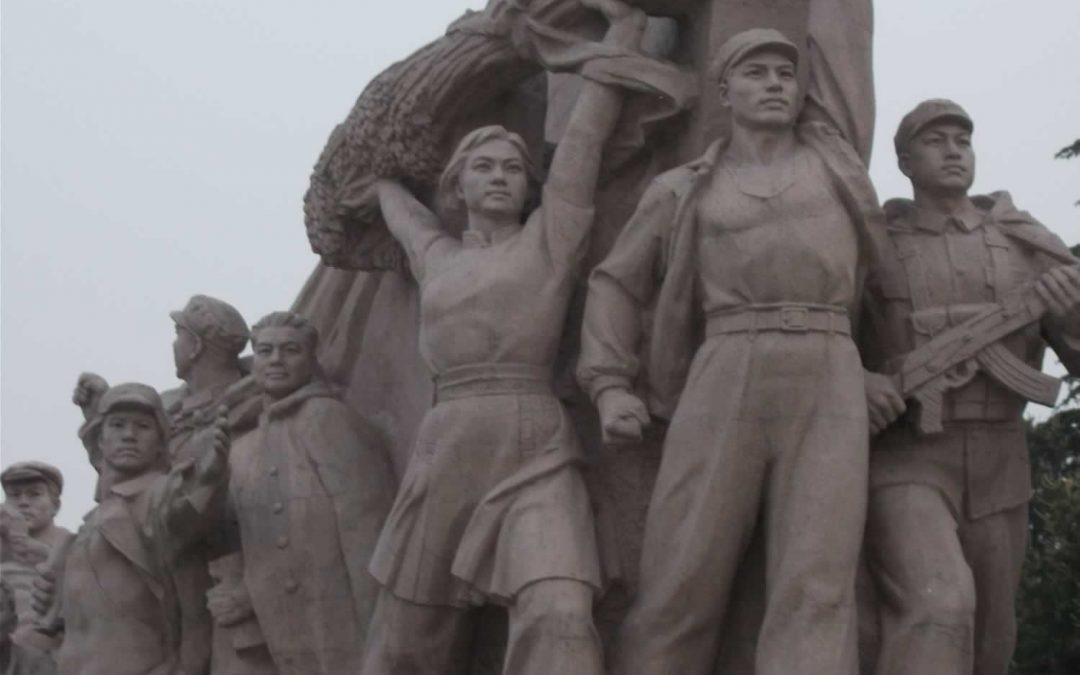 One Thursday 4th May I decided to be my own tour guide.  I had been told that it’s too far to do it alone and it won’t be any fun etc etc.   Pfffft! I can enjoy myself walking along any foreign street and I love wandering around all day.  So I decided to conduct my own tour.
Firstly I wanted to go see the famous Silk Street market. I checked out my subway map and worked out which station I needed to get out at.  When I got there, I had a choice of myriad exits, all quite a long way apart, maybe 500m.  So I picked the one most people were heading for and found myself on a smoggy street of maybe 8 lanes of traffic, surrounded by hirise buildings.  I looked around and realised it wasn’t going to be as easy to find as I thought.  An american looking lady walked past and I caught her eye… Do you speak english?  Yep she did…. a lot…. the markets were just across the street.. I got her life story in a nutshell (coconut sized, not peanut sized nut shell).   She has lived in Beijing for 5 years.. So off I went to take my life in my hands crossing the road. At the lights, I sidled up beside a lady who looked local thinking she would have good road sense and I would make it safely.  I had to abandon her half way across as she got beeped at by multiple cars.
Then I entered the Silk Street market. In my mind I imagined open style market stalls but instead it was a shiny shopping mall with 6 stories of masses of identical size shops.  You can get great deals if you are willing to haggle. It didn’t excite me so I bought a few cute things from the Japanese shop Miniso.  I love Miniso because it’s bright and fun.
I went up to the 6th floor food court and chose a lunch of ‘chinese style ravioli’ which were boiled in front of me. They were actually wonton but, you know, foreigners need to have things explained.. They were really good though. On leaving I discovered that the ACTUAL food court was at the opposite end of that floor.  But it looked like a bit of a greasy place so I’m glad I made the mistake of a wrong turn and had a great view of the street and trees and the eerie pollution glow.
During lunch I studied my maps and train guide and decided that the tour guide was wrong.  Tianamen Square and the Forbidden City were totally doable.  I headed back to the train station and headed for East Tainamen station.  I got off and had the usual dilema.. which exit?? I looked around and spotted an Indian gut asking directions from a steely faced guard.  I then headed for the same exit as him.  On the escalators he asked me if I was heading to the Forbidden City and we ended up heading off together.
The Forbidden City was as expected – huge quadrangles, huge buildings, interesting history, artwork at every turn, flowery names for each hall.  We spent a few hours wandering around.  During that time it turned out that he was also a web developer.  We exchanged skype details and talked business among many other topics.  In the forbidden city garden, I kind of lost him, kind of on purpose so I could wander back on my own and contemplate some of the artwork.  Apparently he was worried and waited for me at the exit.. oops.
Unaware he was waiting, I left for Tianamen square which was a 2.6km walk.  I skyped him, just in case he wanted to go that way too.  He did.  And we were once again reunited.  Off to Tianamen Square.  It was a beautiful walk and we spotted a wedding complete with scarlet dress.  Discussions ensued about India and I explained about the Tainamen Square masssacre – he wasn’t born then.. O I am so old!  I also explained who Mao was etc.. Hope I got my facts straight! 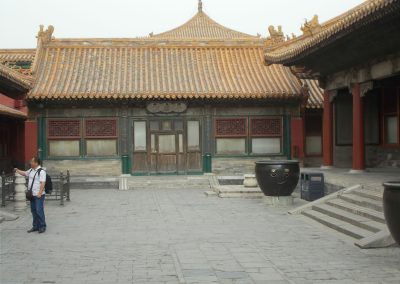 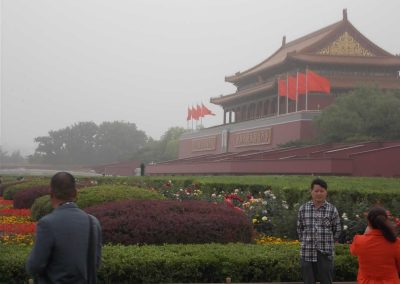 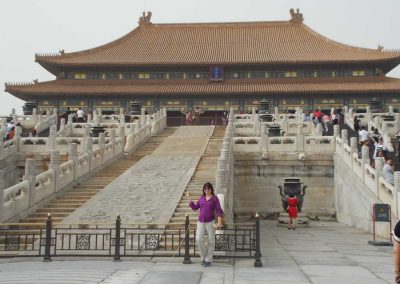 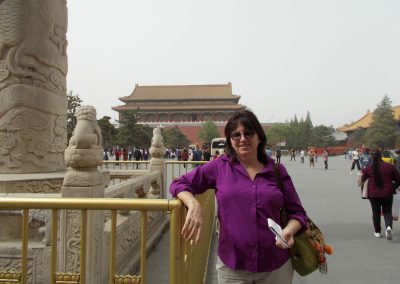 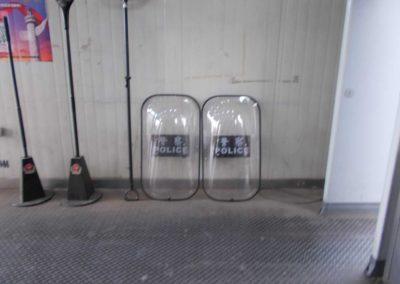 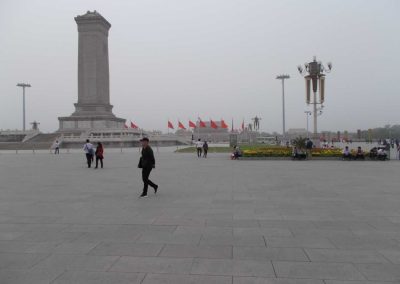 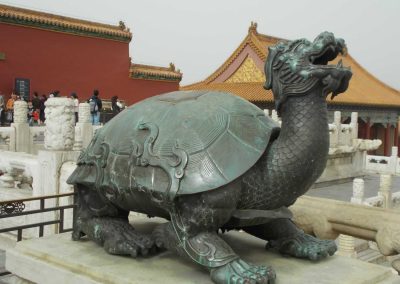 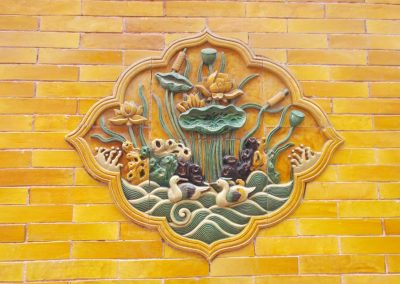