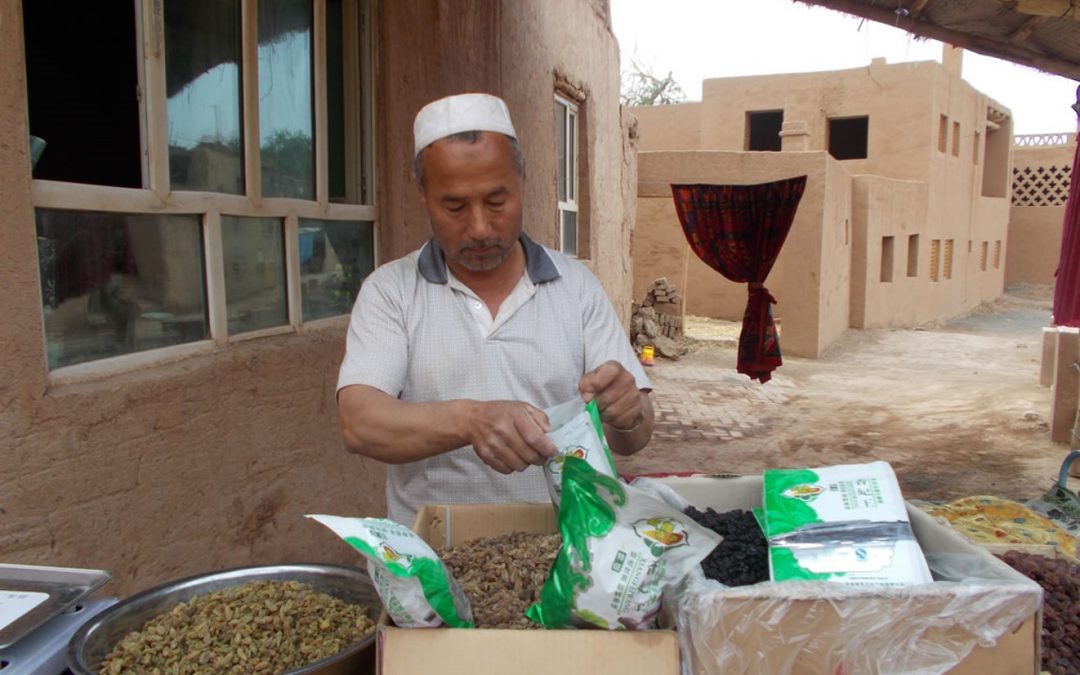 Here are the photos from Day 2 in Turpan. Tomorrow we head to Korla.

This morning we travelled 70km to Tuyak village. It’s a Uyghur village where about 70 families live in a traditional way. The Flaming Mountain range has 7 valleys and this village is situated in one of the steep valleys. It is a pilgrimage town and often called the Mecca of Xinjiang because it has the oldest mosque in the area. There are 900 mosques in the Turfan area.

Dried mulberries and raisons are a main product of the area.

The German explorer Le Coq had lived in this village and his house is marked. The plaque outside lists the artefact sites he plundered and stole on behalf of the German Government. So much has been taken from this region by British, German and other governments followed by the anarchy of the Chinese cultural revolution.

We then travelled on to the Buddhist Caves situated in another of the 7 Flaming Mountain valleys. The structure is spectacular. The frescoes inside the caves have all either been stolen for museums or defaced by Muslims who believed the depiction of faces etc were sacrelidge.

We then visited the Enim Minaret which is the main mosque in the area. It is made of the local clay and the design, patterned bricks and architecture are balanced and elegant.

Tonight we went for a last walk around Turpan before a huge dinner. Tomorrow morning we head for Korla.

I highly recommend Tulufan Huozhou Hotel. I doubt the next few locations will be this luxurious. 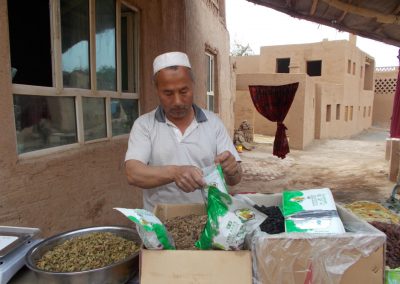 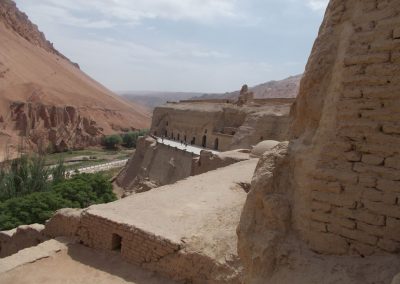 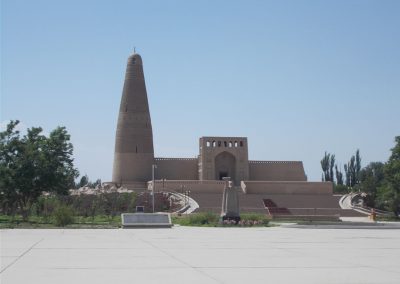 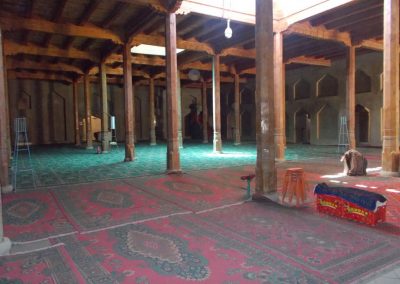 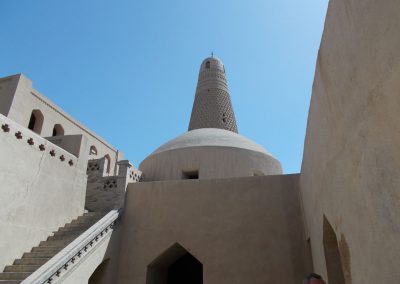 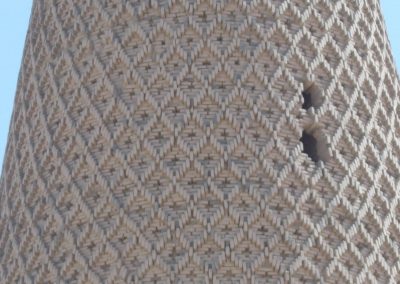 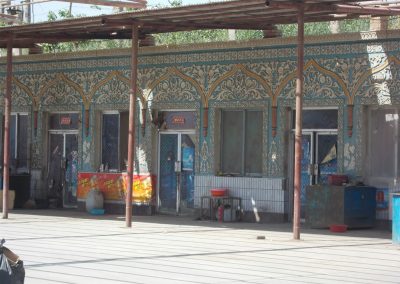 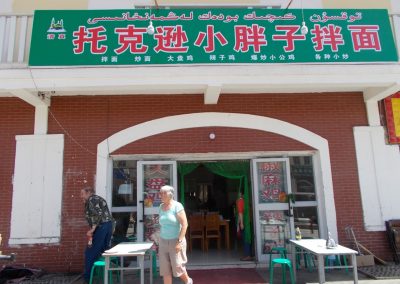 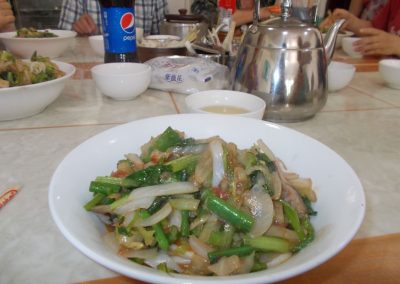 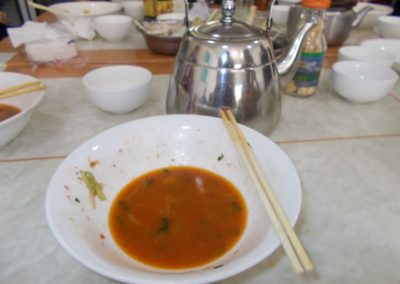 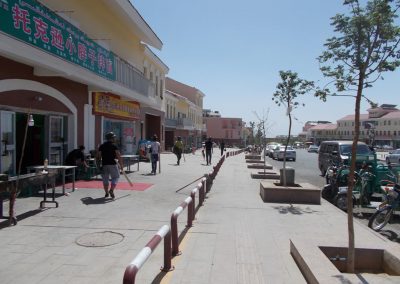